The Walking Dead Season 6 Midseason Premiere has Everyone Talking

The Walking Dead, just like Game of Thrones, is notorious for killing off even some of its most important characters. 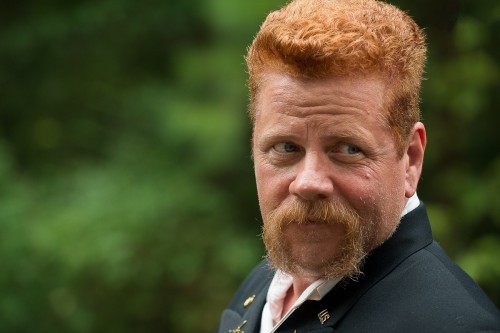 So when the midseason premiere for Season 6 came in, we were all just hanging on to the edges of our seats because we just knew people were going to die. Zombies are everywhere in this fictional world, and they won’t stop ‘til they get their fix of human guts.

As disgusting as it sounds, that’s usually what happens during every single episode of The Walking Dead. And the fact that there are evil characters on the show too doesn’t help our main characters’ efforts to survive the post-apocalyptic world. So if every episode is consistently happy at killing off characters here and there, just imagine the level of tragedy you can expect from a midseason premiere?

The producers of the show had to up their game…and so they delivered – in the form of blood, that is.

When the episode came out, everyone started staring intently at their television screens. This “No Way Out” story is so tragic that at least four characters died within the first half! Not to mention one of our main characters suffered a horrible accident that will leave him disfigured for the rest of the series (or at least until he is killed off)!

The Walking Dead started trending worldwide because of the gore and the suspense that the midseason premiere delivered. Last time we saw our favorite characters, Rick, the crew, and the residents of the Alexandria Safe Zone were trying to make their way through a zombie horde while wearing zombie guts all over their bodies. Yes, as you can imagine, this is not the safest route to take, especially when one mistake can blow your entire cover. But in the world of The Walking Dead, sometimes that’s the only available route to survival. 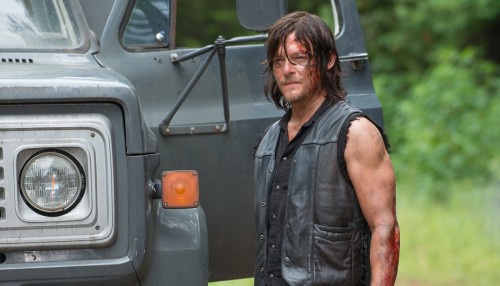 We’ll tell you right now that there are lots of spoilers on this article, so you might wanna watch the episode first before we reveal the big details.

When the walls of the apparently not-so-safe Alexandria Safe Zone went down, the zombies started flooding in. So our main characters decided to waddle their way through the horde while wearing zombie guts to mask their scent, and walking in a slow, organized line.

But Sam, one of the children of Rick’s new flame Jessie, started moaning about how scared he was. You can tell that it wouldn’t end so well for the group after this. Some viewers tweeted about wanting to punch the kid for blowing everyone’s cover and endangering the lives of everyone around him, but it was too late. The zombies saw through the ruse and detected the disguised humans.

To top it all off, Jessie was holding the hand of Rick’s son Carl, forcing the father to chop off his lady’s arm to save him. That’s not the most romantic thing you can do to your girlfriend, but that’s just how love works in this post-apocalyptic world. Jessie’s misery doesn’t last very long as she and her children (Ron and the noisy Sam) were devoured by the undead.

But the thing that shocked audiences the most was what happened to Carl. We won’t tell you exactly how it happened, but he ended up with a bullet where his eye should be, permanently disfiguring the youngest member of Rick’s group.

Now we’re all pumped up to see the rest of Season 6!