Having a baby isn’t something you can normally keep a secret and surprise everyone with – but that’s just how Tyra Banks rolls. Surprise! The fashion mogul is now also the mom of a “miracle baby boy”. 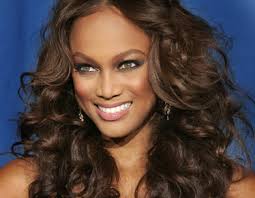 “We didn’t see her baby bump at all!” some of you may ask. But that’s because Tyra struggled with infertility issues before, and she found it really hard to get pregnant with two-year boyfriend Erik Asla, even when they both really wanted to.

It was only made possible via a surrogate, whom Tyra did not name, but called an “angel of a woman” while also thanking her on Instagram. The supermodel shared a photo of baby clothes on social media, saying: “The best present we worked and prayed so hard for is finally here.”

Though she is yet to post a selfie with her first child, she described her son through the caption: “He’s got my fingers and big eyes and his daddy Erik’s mouth and chin.”

“As we thank the angel of a woman that carried our miracle baby boy for us,” she added, “we pray for everyone who struggles to reach this joyous milestone.” 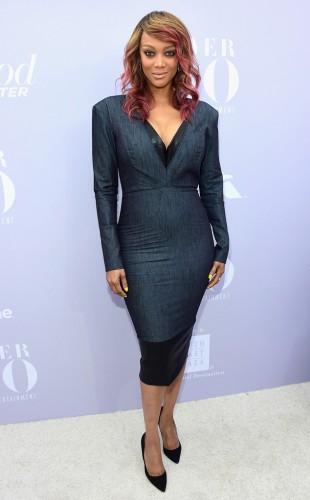 The host of America’s Next Top Model now has a child of her own, and she named him York Banks Asla. Erik Asla himself added, “Witnessing the dawn of life is possibly life’s greatest gift.”

If we could all remember correctly, Chrissy Teigen first opened up about her obstacles at getting pregnant, which prompted Tyra to share her personal hurdles as well. “I want to co-sign what Chrissy is saying and say ‘You have no idea what people are going through,'” the businesswoman said, trying to hold back her tears. “Why am I crying? You just have no idea what people are going through, so when you ask Chrissy [why don’t you have kids] or me that or anybody that, it is none of your frigging business, okay?”

Later on, she admitted that she was undergoing IVF treatments. She also stressed how important it is for women to support one another.

All her struggle and hard work paid off eventually, seeing now how she is completely satisfied with her life. During the holidays, she wrote on Instagram that “Everyone deserves to be loved like this,” while posting a picture with her man.

With a supermodel mom like Tyra, we’re pretty sure the pictures of York will be flooding social media soon, and we can’t wait to see how they all turn out. Tyra did mention wanting to have a “litter” of children, so we will also keep an eye out for news about her second (and third, and fourth, and so on) child.