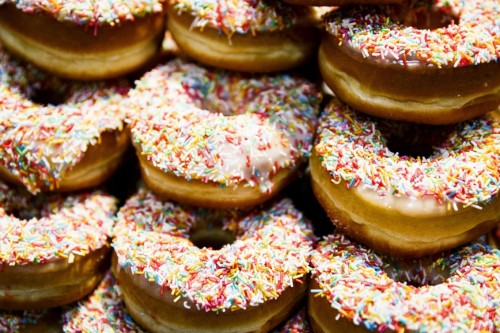 We all know that people always have that sense of sweet tooth, and it has been one of our powerful urges aside from being sexually aroused. It has been known for having the urge to eat sugar is something that is hard to stop, and more often than not, we would be giving up to our urges, since, its sweets, who wouldn’t want sweets? We have that idea in our heads that it’s just normal, and it is. But for some people, their struggle is much more real than some. Some is not able to control their intake and wouldn’t know whether they are having too much. And that was actually a sad thing because it results to obesity and even diabetes, and it has been making the person involved, unhealthy. We wouldn’t want to be unhealthy, and so we control our intake using our brain and self control. But a recent study suggests that they have found a hormone that is already present in our bodies that control the urges that we have regarding eating a lot of sugar. This is “a hormone produced by the liver, fibroblast growth factor 21 (FGF21), suppresses the consumption of simple sugars”.

“Researchers say that FGF21 is produced in the liver in response to high carbohydrate levels. The hormone then enters the bloodstream, where it sends a signal to the brain to suppress the preference for sweets.” The study’s co-senior author Doctor Matthew Potthoff, assistant professor of pharmacology at the University of Iowa said: “This is the first liver-derived hormone we know that regulates sugar intake specifically,” the Telegraph reported.

“We’ve known for a while that FGF21 can enhance insulin sensitivity,” Co-first author Lucas BonDurant added. “Now, there’s this dimension where FGF21 can help people who might not be able to sense when they’ve had enough sugar, which may contribute to diabetes,” according to the Daily Mirror.

The experiment was simple. “The researchers also studied genetically-modified mice that either didn’t produce FGF21 at all or produced a lot of FGF21 - over 500 times more than normal mice.” So all in all, the researchers are able to tell us that this hormone might even be of great help when it comes to people having been trouble with eating too much and for those with eating disorders. Its one step ahead and although it’s in its early stages, researchers are confident that this hormone might be used as far more than we imagine.

On a side note, we are actually wondering whether the hormone would actually make people eat less. Well, since the sugar intake is lessen, the amount of food that will go through our body will surely be on a healthier basis consisting of less sugars and more lean meat and those complex carbohydrates. They even said that “FGF21 does not reduce intake of all sugars - sucrose, fructose, and glucose - equally. FGF21 also doesn’t impact the intake of complex carbohydrates.” So with that in mind, we would actually be tricking ourselves to eat healthier for the sake of our bodies.