The Mona Lisa’s secret that has been buried for centuries might be revealed? 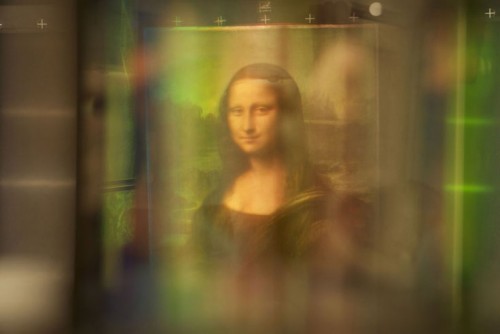 When it comes to Da Vinci, everyone is probably is in awe of how much he has contributed on to how we are living this world today. Certainly, he has made all the inventions in the 15th century just to try and make the world a better place and to make everything more convenient. And even when he wasn’t able to construct all of his inventions, he was still able to be a great help. But that wasn’t all what Da Vinci has done. Aside from thinking of all the things that could make everything better, he was also a mysterious person as to which he was also able to be an architect and a great painter. He was able to paint a lot of paintings including the Last supper, Virgin of the Rocks and St. John the Baptist, as part of his most famous one, The Mona Lisa.

The Mona Lisa was so mysterious, we can really say that there have been so many theories lying around her that claims that she was an expecting mother, a prostitute and even a male. We are not sure, but we are sure enough to say that Da Vinci made her to look as mysterious as her mysterious smile. But that is brushed off by a new claim that they have seen the original Mona Lisa. A French team claims that they were able to peel of the different layers of the painting and they can see the image of another woman that was very different from what we know of the Mona Lisa today.

The team was able to peel the different layers of paint with what they call a Layer Amplification Method (LAM) on which it would peel the different layers of the painting with the help of reflective light technology using different spectrums of lights. They say according to a BBC Documentary, that the woman was originally painted with a bigger head and said that she can even wear a headdress with her head.

Pascal Cotte, the one responsible for peeling the painting said that he was able to work with peeling the layers of the painting for about 10 years and he is confident that he is able to let the world know on what the original painting looks like. And although the Louvre doesn’t make any comments in this claim, the team was able to be confident on their claims.

And although this is just a mere claim and another theory as to how and who Mona Lisa really is, it’s still the biggest thing that people have been able to think of for over a decade. We might not be swayed so easily, but this is still a claim that can be a possibility. But whatever it is, the Mona lisa is still as secretive as ever.